Flash Fiction by Me: Moving Regrets

I wrote this piece and submitted it to Three Minute Fiction on NPR. It didn't make it on the air, but it was a fun write. Theme: Finders Keepers--Write a story in which a character finds an object that he or she has no intention of returning. 600 words maximum.  Here is my submission:

I hated moving. I'm supposed to be packing, but the lure of my momento box was too strong. Eighth grade report card entered into my grip and I felt the smoothness of the card stock, as I remembered him. His eyes were copper, not brown, and his face light olive. Ricky had a broad smile and eyes shaped like almonds. He was my first kiss. He offered me my first alcohol drink, a rum and Hawaiian Punch. I smiled, remembering how he was the first boy that tried to put his hand down my shirt and he wound up with a chest full of rum puke. I was a curious young lady, but I wasn't going to be a pushover for a high school freshman. We girls all talked about the big deed, but so and so's reputation really suffered for it. She's probably going to wind up a prostitute, we'd say. Not until after marriage for us.

I wasn't married in my junior year, but it happened. Spence was linebacker for the football team. He was tall, broad shouldered, hair the texture of straw and a perpetually goofy look on his face. But God, his stomach had hard ripples of muscle just under the skin, plus you noticed the manly outline under his swim trunks. I couldn't resist.

There were a series of boyfriends and I tended to go with bad boys- tough, good looking jocks used to getting their way. Most of them treated me like dirt. I was kind of bitchy too, so maybe I gave as good as I got. I looked at Walter's driver's license in my hand. He was my last serious boyfriend. We split about two months ago and I almost had him out of my mind when I found the license tucked between the couch pillows.

The license hadn't expired and I should give it back. Walter was a genuinely nice guy, with a sense of humor so dry sometimes I started laughing hours later when I finally got it. I dumped him after a year and hooked up with a bodybuilder that smacked me across the face on our second date--a real jerk.

"Good, Walter. I just wanted to call and..." I wanted to tell him what a bitch I was and he was better off without me, and how I really wanted him back in my life and how good he was. "...tell you that I'm moving to Arizona."

"Arizona? What's up there?"

"Promotion to a better job, but the real reason I was calling..." He looked comfortable and happy in his license picture. I remembered him giving me a massage on a Friday night after a tough week at work. We'd sit and have a glass of wine, finger food and snuggle. He was the best I'd ever been with. Why the hell did I dump him? "...was to say I'm going to miss you and I want to stay in touch, that is, if you don't mind?"

His voice sounded happy, it always did. I looked at the address on his license as I asked him, "What's your address? So I know where to write."

I silently read the address off the license as he spoke it. We said good-bye. I placed the license in the box of keepsakes. He's worth remembering.

Posted by Kent L Johnson at 12:00 PM No comments: Links to this post

My last post was July 3!!!!!! That's crazy. Okay, it's summer, things are slowing and I've got lots of other things going on, rather than writing blog posts. I've had Brewmaster of Arabia, my fictional tome about how the Arab Spring might have happened, critiqued on a couple different levels and....and...I lost a lot of my babies. The book has gone from roughly 110,000 words to 48,700 words. Now I need to figure out how to insert another 1500 into the mix so I can be listed on the premier stuff on Smashwords. I'll admit, it's a lot cleaner than it was, but that's torture to see all my hard story line hacked out like like an appendectomy with a machete. Until next time. Check out the surgeon that did the hacking. 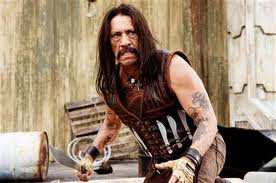 Posted by Kent L Johnson at 5:09 PM No comments: Links to this post

On February 1, 2011, I made up a story about changing leadership in Egypt. It was called, Egypt's New Leader, Cleopatra's Great, Great, Great, Great... It was meant to be funny, but here we are, roughly two years later and another leadership change is on the horizon. I still say it's not to late to proxy some of Cleopatra's kin into the mix. Go back and read it again. Just as pertinent to day as it was then.
Posted by Kent L Johnson at 12:17 PM No comments: Links to this post

What a month. I got a cold or allergies or whatever the hell you want to call them and it knocked me down for a week. I get better and start my routine all over again and BAM!!!! my Achilles tendon strains and I'm hobbled. I got a chance to read quite a bit more, but.... Then, I'm helping someone I know resolve a problem with their computer hardware and I screw up my own computer. I've removed the hard drive that has my website on it, KentLJohnson, and I can't update the site until I reinstall it. I'm scared because when I screwed it up, I was without computer for about five hours while I tried to fix it. NOoooooo. In better news, two things this month, I submitted to National Public Radio's, Three Minute Fiction contest. I never did flash fiction before, and, we'll see. They will start judging soon. Also, got my story, P & J Sandwiches, published at Red Fez. Enjoy.
Posted by Kent L Johnson at 5:34 PM No comments: Links to this post

Where in the hell does the time go?

It's seems like forever since I've been on here, and maybe it has. I've been busy. Moved from my rented apartment to a rented room...yes the economy just keeps getting better. Haven't had time to write hardly at all with the exception of The Weekenders Magazine, Issue 8, where my story, Times Are Different, was recently published. It's been a slow day at the shop so I finished editing one of my Novel Writers Group's novel called Following the Sun, by Dana Artis. Excellent book and a quick read. She's got the writing and her worlds down to a T. I've also read a few books since I last was on here including Bud Smith's book, Or Somthing Like That, Dennis Lehane's book, A Drink Before the War, Niel Gaiman's, American Gods, and a few more. That's it for now. Got a customer.
Posted by Kent L Johnson at 4:03 PM No comments: Links to this post

I screwed up Issue 6 The weekenders magazine

I forgot and it's all my fault. Been screwing around trying to get things done instead of promote one of my favorite publications, of which I am published in.


I'm really getting this out late, since Issue 7 is due out in just about a week. Enjoy the whole magazine or just check out what I wrote if you are a fan of mine.

Posted by Kent L Johnson at 1:07 PM No comments: Links to this post

The Weekenders Magazine Vol 5 is out

Guess who is published once again in The Weekenders Magazine, Volume 5?  Yes, that's right, I'm there with a Christmas tale of urban grist yet tenderness.

Many thanks again to +Ryan Swofford for putting the magazine together. Really good artwork in this issue also from Serge Gay Jr.


I might also mention that since the last time I updated on this blog, I have another story waiting to be published, Double Entendre, in a print anthology Love at First Bite, by Static Movement Publishing. When it gets in Print, I'll update.

Tonight I have a sit down session with a serious novel writers I belong to. They are going to critic as well as edit my book, Bear Justice. It is getting close to being polished enough to think about getting an agent soon.

I picked up my first novel, Mendel's Release, in the last few days and do you know what? Damn good story and the writing isn't bad. I wrote it in 2002 and it needs some polish, so I have another project on my plate. Mendel's Release is a humorous story with a lot of the elements of theme that Bear Justice has.

I've got a couple things submitted to publishers at the present time and are awaiting an up or down nod. Kind of like waiting for a Roman Emperor to let you live or have you executed, like in the movies. Gladiator comes to mind.

That's January's update.
Posted by Kent L Johnson at 11:17 AM No comments: Links to this post