The year was 1983. I was a college graduate that jumped into Ronald Reagan's recession with both feet and got stuck in the mud.. I worked in a Turkey factory, making slightly above minimum wage. I worked a lot, partied a lot, and wrote short fiction and humorous letters to college friends that  had moved away. The era was before the word processor and the personal computer. I sat at my electric Brother Typewriter and banged out twice as many words as mistakes.

I lived in Turlock, California in a big old house built in 1915, with two female roommates, both artists. I read the San Francisco Chronicle on a daily basis but Sunday was my favorite edition because it had the Pink Sheet. Any event that was in Northern California and especially San Francisco was listed in between its bright pink pages. The events were not the only items of interest, but regular features such as At The Drive In, by Joe Bob Briggs and On Language by William Safire. William Safire's syndicated column looked at the origin of words and new lexicon being brewed up by politicians, business and popular culture.

I purchased a clothing item one day and noticed that it was made from 'Virgin Acrylic.'  Back in '83, there was no recycling of plastic. How do you get 'Virgin Acrylic?' Why would you list 'Virgin Acrylic' on a clothing item? Like a consumer would be fooled into thinking it was maybe Virgin Wool?  Anyway, I wrote a humorous tale of Virgin Acrylic and sent it off to Mr. Safire. Perhaps he would use it in his language column or maybe he would pass it along to someone that might know what to do with the story.

My first rejection, but a nice rejection it was. This busy and well known man, speech writer to presidents, sent me a personal note back in his own handwriting, telling me it was interesting, but not his cup of tea.

I've still got the note somewhere and the story. Perhaps I'll post it on the blog if I can find it. (That's why I named this Part 1) I've submitted many stories recently and many have been accepted for publication, but I'll still remember the first and the man who took the time to give a kid a kind word.

The Pink section changed when the San Francisco Chronicle was sold by the founders family, the de Young's to Hearst Communications. I stopped reading the Chronicle not too long after that. The paper wasn't the same without columnist Herb Caen and the feel of the paper changed from being an Institution  to being just another Daily Rag. Not to say I don't check the on-line edition every once in a while, because San Francisco is a city like no other.
Posted by Kent L Johnson at 1:19 PM No comments: Links to this post

Weekenders Issue 3 is out

So, if you want to check out some of my writing, plus some writing of other really talented people, plus some great art, there is about 100 pages of the stuff at The Weekenders Magazine Vol 3 located at http://issuu.com/theweekendersmag/docs/issue_3/1 My piece is Estuary Trip, which by the way, I rewrote into a screen play and submitted into a short film contest. We'll see. 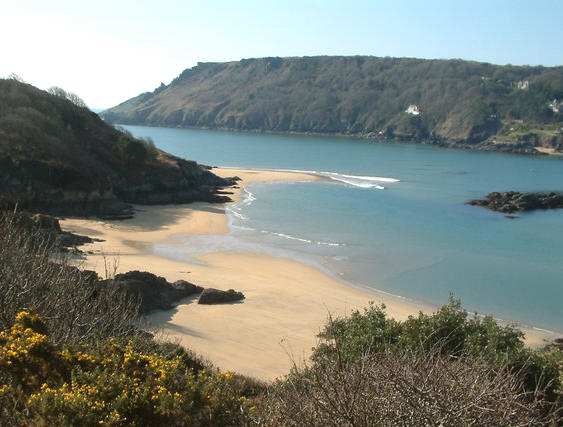 I've already got Volume 4's story finished. It's waiting for my writing meetup.com group to flesh it out and throw flaming barbs at it or me. I say Volume 4, but that's only if the esteemed editor, Ryan Swofford, accepts it. Anyway, give a read and leave a comment or 2 for me.


Went through my novel Bear Justice for the umpteenth time and submitted it to the Novel Reading Group that I am part of for a December critique.

That's and update. Happy Thanksgiving all.
Posted by Kent L Johnson at 2:56 PM No comments: Links to this post

My first website highlighting my great idea for the next pet rock. The idea struck in the early years of this century, I think, 2001 or perhaps 2002: The Hillbilly Dinner Napkin. You can find it for the next couple days at http://www.Hillbillynapkin.com and after that, at http://www.discount-leather.net/Hillbilly/.

A friend gave me his program Web Studio so I could learn how to build websites. I had my idea, a story and  a program and I built a website around it. There's been a few changes since the original, but basically it is still the same since I placed it on the World Wide Web.

I tried though. I sent samples to late night comedy shows, hoping for a television mention to spur some interest, no luck. I showed these at various motorcycle events I attended and sold leather at. I had samples for sale in my store. Everybody gets a kick out of it, but no one every decided to purchase twenty of them for their Thanksgiving dinner.

Did I make some money off the site? Not as much as I spent over the years. I sold a dozen of these to the Iselton (California) Chili cook-off committee. I got a few more sold on line, but really not much. The domain is comming up for renewal and it's time to put it to rest. Enjoy it while it lasts.

Because of this experience though, I did find out what it took to sell stuff on line and tools to do it. If you do (or I should say did) it right, an individual could get right in and make a damn good business. I did it, I found a niche and worked it, sold tons of stuff and if I would have played my cards right, I might have floated to the top, but I didn't. 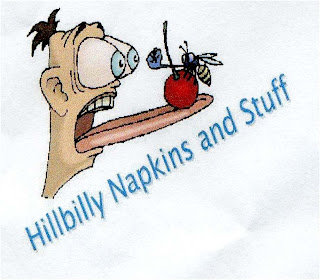 Today, not so easy to sell on the web. A lot of competition and the Big Boys have locked in the first couple pages of search: Amazon, WalMart, Ebay and more. It was the wild west when I got started, but Return on Investment became harder and harder to do with on line advertising, hucksters were pitching programs to be millionaires by selling your used stuff on Ebay and the New Economy was this wired world. Sorry, that came to a crashing halt. The little guy is locked out again, perhaps you can recycle stuff on Craigslist, become a virtual scavenger, finding stuff and listing it for free.

Have a good laugh.

Posted by Kent L Johnson at 5:03 PM No comments: Links to this post